Could you Coach Balotelli?

Every coach, from Grassroots to the elite levels, has the challenge of tough to deal with players. In this article, Gary Curneen asks you the question: “How good are you at coping with hard to manage players?”

When Brendan Rodgers signed Mario Balotelli last week, it seemed to divide opinion in the football world. One side questioned why he would buy a soccer player who has never fulfilled his potential during his career to date. Talented yes! Loyal and dedicated? Debatable! However, others argued that the transfer was a bargain ,and that Rodgers could work his magic in a similar way to how he did with Luis Suarez.

The safe option would have been to pass on the chance to bring the Italian forward to Anfield. Liverpool are in a better position than they have been in twenty years, so surely there would be more to lose than to gain? Regardless of your opinion, the Balotelli debate goes beyond “Super Mario” and Liverpool. This should be a talking point across the soccer coaching world. Would you take a player on your team who is “talented but difficult to deal with”?????

We do not live in an ideal world. Every coach wants tough and talented. We all want those players who are low maintenance, lead the way every day in their training, and then produce in a game when it is needed. But that’s the easy option isn’t it? That’s fantasy land right?

The reality is that if you want to succeed as a coach in the modern game, you will have to learn how to deal with a player who is talented but difficult. The great sport psychologist, Bill Beswick, once said that every player has the potential to be difficult if the coaching is not good. Recent studies have shown that one of the factors which distinguish future top performers at an early age, is the ability to question coaches. The future star player is likely to look at a training exercise and ask the coach why they should do it.

How would we react as a coach? Would we welcome this type of feedback from a young player? Probably not! But instead of labeling this as an attitude problem, psychologists call this “self-regulatory behavior” where the young player is constantly assessing their strengths and weaknesses so that they can practice more effectively. So if that is a character trait of a future elite performer, surely we should learn to accommodate that in our work.

We all know that success at the highest level is more than just acquiring talent. Players have to fit alongside team mates, club, culture, and coach. So how do we know if the Balotelli signing is a crazy gamble or a smart, calculated risk? Historically, there are three keys to dealing with a ‘talented but difficult player’:

Legendary basketball coach Phil Jackson believed that a ‘talented but difficult’ player would only work if the team culture is strong enough to support them. If the culture is not strong enough, they will alienate the player and look towards the coach to take disciplinary action.

When Jackson signed Dennis Rodman at the Chicago Bulls, he first got the thumbs up from the players who understood that the eccentric rebounder had to be treated differently.

With the departure of Luis Suarez to Barcelona, maybe the Liverpool dressing room realizes that they need a player of immense offensive production to compete in the Champions League and Premier League. The leadership of Steven Gerrard should also take care of any incidents that arise at the club and this will be crucial for Balotelli to stay focused on producing the best performances every week.

Whether the player is worth the hassle, it all comes down to one thing – what do they produce in a game? If the player is a squad player or has a limited skills set, you probably are not going to take the gamble if their behavior is problematic.

You cannot argue with Balotelli’s output. Along with his physical and technical gifts, the one aspect that has always followed his career (alongside controversy) is goals. He produces in the big games against the big teams and his temperament when under pressure is second to none.

Rodgers’ handling of the situation has been calculated yet refreshing. Asked what he brings to the club by the Monday Night Football panel, Rodgers laughed and replied “Trouble!” He is not hiding the fact that Balotelli has got the potential to become a problem and is sending a strong message to his team and the individual.

By telling the media that he believes that this is Balotelli’s last chance at a big club, he is putting the responsibility solely on the Italian’s shoulders and consequently pressure to behave and stay in line. Some players are motivated by inspiration, while others out of desperation, and it seems Rodgers will use both to make this work.

My initial reaction to the signing of Balotelli was that it was a huge gamble by Brendan Rodgers. For me, the Italian does not have the defensive work rate of Suarez, something that was fundamental to Liverpool’s success last season, and consistency is always an issue. However, upon further reflection, my views have changed.

As a coach, surely we should be challenging ourselves to get the best out of the talent that is in front of us. Why ask our players to step outside their comfort zones and take risks if we are not prepared to do so ourselves?

Self-belief is obviously a strength of Brendan Rodgers, and you have to give him credit for choosing the difficult option. His job is to act in the best interests of Liverpool and if he can get the best out of Balotelli, then he will have certainly have done that.

As coaches, we must start learning to deal with different personalities and behaviors. You can’t simply have a team full of clones. If you get distracted trying to force everyone into the same shaped holes, you will miss out in getting the best from them. And surely that is the ultimate goal of coaching. 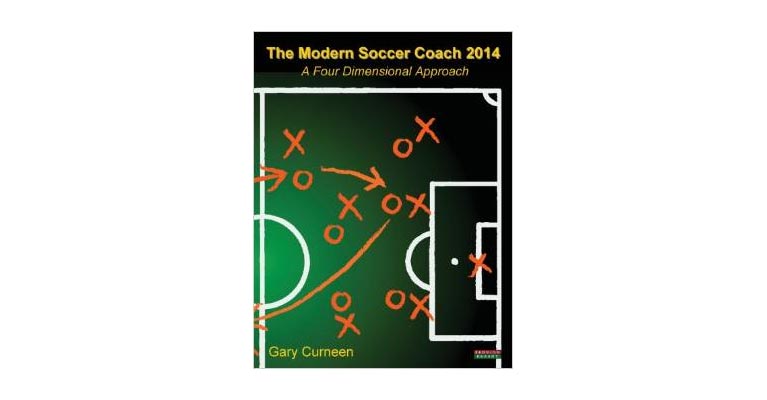