A Lesson in Game Intelligence

Could it be that English players lack the key skill required to compete in the modern game? Professional soccer coach Matt Whitehouse (author of ‘The Way Forward’ and ‘Universality’ thinks so. In a brand new series of articles Matt brings his interpretation on the mental side of the game. He starts by discussing the crucial role of game intelligence.

Whenever England play we have an opportunity to analyse, critique and bemoan our standing in the world of football. After a poor World Cup in which we showed naivety and a lack of quality both in attack and defence we have had to sit back and have a moment of existential debate. Who are we? What do we represent as a nation? And most importantly, what is it that we need to enhance which will take us further?

Our failings have been attributed to a lack of playing time, a lack of opportunities and an over-abundance of foreign players in our domestic league which is hampering the development of our domestic players. I have to agree with all the above. However this article will assess what may be the key aspect that holds English football back.

England’s problem appears to be one of lacking game intelligence.

Let us first begin with our captain Wayne Rooney. This is a player who has been a key member of the national team and England’s biggest club this past decade. He is on course to break goalscoring records for both club and country. And yet Rooney has never hit the heights he promised to. I feel the issue with Rooney and the reason why he is not on the same level of a Messi, Ronaldo or Iniesta is because he lacks the tactical nous and intelligence to dominate games.

Yes Rooney’s stats last season looked good, but one only has to look at how United performed as a team to see the problem. For me, Rooney fails to appreciate space and tactical positioning. It is not too surprising when he considers that 95% of his development came from the streets as a kid. For me Rooney is not a modern player in the sense of using his brain, he is a street football who while effective, lacks the intricacies of the mind to achieve further greatness.

Effectively he is a raw talent…still! We were looking for more from him – but it has never materialised.

The same can be said of Jack Wilshere. The ‘best technical player’ of his generation, when he shot onto the scene it appeared that finally we had the player we had desired – we had our own Iniesta. And yet, five years later and Wilshere appears to have gone backwards.

Wilshere is what I would call ‘all technical’ in terms of his skill set. What he lacks is the tactical intelligence to use these technical skills smartly and effectively. What I mean by this is his understanding of movement and positioning.

Compare him to Xavi and Iniesta, or Isco and Thiago. Players close to his age – all four of these players are more intelligent and more tactically astute than Wilshere. They understand the tactical set-up they are playing in, they understand how to create space for themselves and others with smart and intelligent movement. They also ‘read the game’ ahead of them excellently and thus this allows them to have greater ‘vision’. They see pictures before they receive the ball. Wilshere for me struggles with this side of the game. And yet, this is the most important element of the modern game!

Dennis Bergkamp is a great example of what an intelligent player can achieve. While at Arsenal his peers speak of a player who saw four or five moves ahead, who ‘read the game’ to near perfection and because of this made the best decisions all the time. He was a ‘genius’ not with what he did with the ball but what he did with his mind.

Cruyff was the same – an intelligent thinking player. And Van Persie’s development has come from his understanding of reading the game and becoming a thinking player. Any surprise all these players are Dutch? Any surprise that Barcelona’s development school has its roots in Dutch coaching culture? The appreciation of space, movement and decision making is what defines these players and their methods.

Intelligence is a key facet to succeed in the modern game. Frank Lampard is proof that intelligence can propel a career forwards, just like Paul Scholes for United who is perhaps the most tactically intelligent footballer we have produced. As I always say, it is just such a shame we didn’t build our national team around him like Spain built theirs around Xavi. Having that kind of intelligence and understanding as your controller on the pitch has proven to be a catalyst for success

An example of this is Philipp Lahm for Germany, a player Guardiola said “is the most intelligent player I have worked with”. The continued signs and hints of what is needed to succeed are constantly there – listen to those greats of the game, listen to their peers, their success has come from their ‘mind’, their intelligence.

And so, if our players lack game intelligence, if they fail to understand tactical systems, strategies and positioning then we have to question the work done at youth level.

Between the ages of 12-15 years is where I believe the tactical intelligence should be developed and ingrained in players’ minds. Coaching at this age should place a greater emphasis on educating players as to their appreciation of space, positioning and decision making.

Above all the coaching at this age group in particular needs to be of a high level. It needs to be detailed, focused and structured. My concern is that in too many Academies it is not. It is laboured, basic or lacking in fine detail. Too many coaches have focused on unopposed passing practices which fail to offer any tactical decisions, and can be considered a waste of time.

English football is lagging behind because we are still coaching our young players in the wrong way – we neglect tactical intelligence while placing too much emphasis on technical excellence. Hopefully we learn the error of our ways and begin to embrace the tactical side of the game, and begin to see the importance of the mind and game intelligence.

Please note: the opinions of guest articles are not necessarily shared by the site’s owner, Dan Abrahams

Following up from the acclaimed The Way Forward | Solutions to England’s Football Failings Matthew Whitehouse brings you Universality | The Blueprint for Soccer’s New Era, looking at the evolving game and pointing to what the future game holds.

In Universality Whitehouse looks at the past two decades of the game assessing the key changes in tactics, philosophies and positions. Whitehouse lays down his thoughts on where the future game is heading. For those with an interest in the game, especially coaches, this is a book you will not want to miss!

You can get your copy of Universality by clicking here 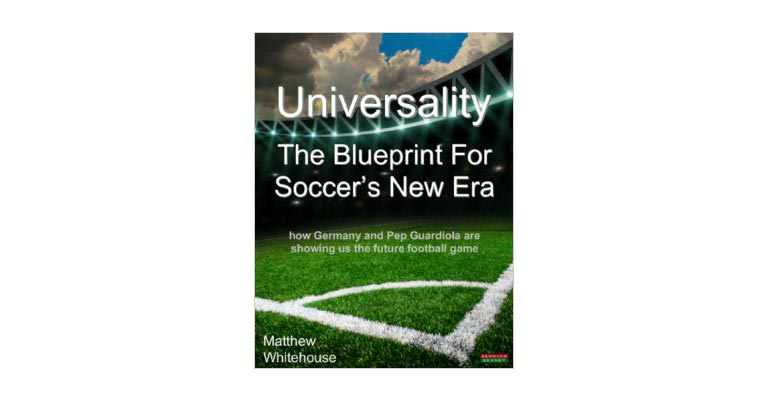 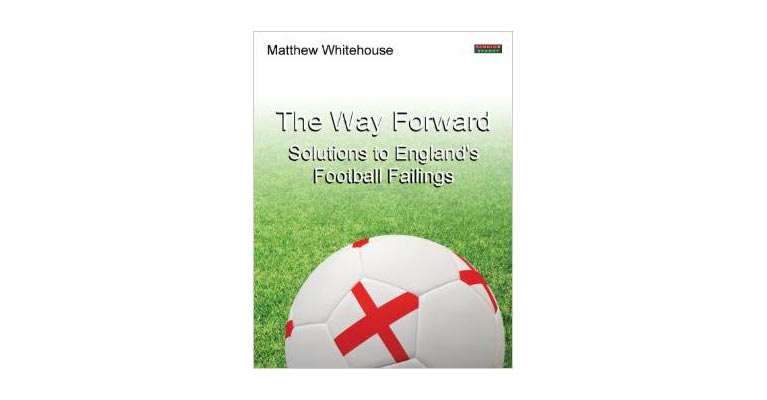